According to Dr Samuel Strober, an immunologist and professor of medicine at Stanford, stem cells therapy could potentially eliminate the need for long term use of immunosuppressant therapy such as prograf, prednisone, cellcept, etc.  They have enrolled 12 patients who underwent “perfect” match kidney transplant.  A perfect match would be a kidney received from a living donor which most likely is a relative.  Out of those 12 patients, 8 of them have been off immunosuppressant for at least a year and up to 3 years.

This new treatment did not happen overnight.  Dr Strober has done extensive research for the past 30 years and his method includes a mix of radiation, donor stem cells and antibodies.  All three techniques are used to weaken the immune system.  The treatment starts as early as the kidney transplant recipient is stable enough.  It can be as early as a few days after the surgery.  The first phase is to use radiation against some lymph nodes, the spleen and thymus gland.  The goal is to weaken the immune system temporarily.

About 10 days later, time comes for the donor stem cells injection.  This one is done as outpatient.  To be noted that during this early phase of treatment immunosuppressant therapy is still being given to prevent rejection.  The cells injections have for effect to help the kidney transplant recipient’s immune system “blend” with the new organ so it does not attack it.  The body will get used to the new kidney and eventually consider it as “friendly”.

During this whole process transplant medications are weaned off as tolerated.  They monitor signs of rejection which includes decreased kidney function.  So far, according to the small study, 67% of the patients have successfully been weaned from immunosuppressant therapy.  That is a very small number but I believe it is a promising treatment.

The long term benefits are numerous is this can be done more widespread with a high success rate.  Because the transplant medications themselves can cause kidney failure, stem cell therapy could potentially prevent a second kidney transplant for several patients and thus making more organs available for transplantation.   There are other risks associated with regular transplant medicines like skin cancer, diabetes, heart disease to name a few.  Basically, patients could live longer with a better quality of life. 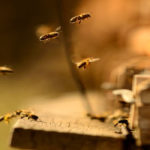 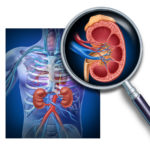 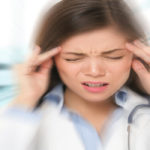